Saint Mark’s, a college-preparatory coeducational Catholic high school, inspires young men and women to create a better world, one more pleasing to God and more helpful to others, by modeling faith, excellence, humility, and integrity. 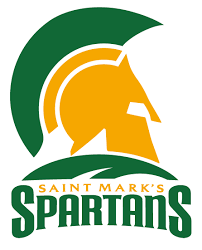 The history of Saint Mark’s High School began in 1966 with the announcement by His Excellency Michael Hyle, the Bishop of Wilmington, of the construction of a new Diocesan high school in the Pike Creek valley. The School was given the name of Saint Mark by Bishop Hyle’s successor, the Most Reverend Thomas Mardaga. Bishop Mardaga’s selection of the name is attributed to Saint Mark’s traditional depiction as a young man and an evangelist who was inspired to spread the word of God.

The School’s campus and facilities remained largely unchanged until 1995 when a formerly covered portico area was converted into office and lobby facilities as a part of the School’s Silver Anniversary Campaign. More recently, the School completed (in 2008) two additional athletic fields on lands that were gifted by the Catholic Diocese of Wilmington.

Saint Mark’s offers a rigorous college preparatory curriculum for students among the best and brightest of their peers locally, regionally, and nationally.

At the same time, Saint Mark’s provides a college preparatory experience for students of varying academic abilities as well. On average, 97% of all Saint Mark’s students move on to higher education, an achievement of which the people of Saint Mark’s are very proud.

In order to help students not only prepare for admission but for success in higher education, Saint Mark’s employs a holistic approach to the education of the young person – we strive to empower not only students’ minds, but their bodies, hearts, and souls as well.

How To Get There From Here:

We love getting lost in our clients' worlds, connecting with their audience, and telling their stories. There is an audience for every story, and they deserve to be told. Let us help you tell yours.
Get Creative
Copyright © 2022 King Creative LLC - All Rights Reserved  |  Privacy Policy  |  In The Press
Back To Top